Your property: Boom or Bust?

Average London house price growth was predicted to slow from 16.9% between 2013 and 2014 to 11.5% over the next 12 months, by three top property economists at last night’s ERC Property Boom or Bust debate. The rate of increase in all other areas of England and Wales was predicted to continue to grow. 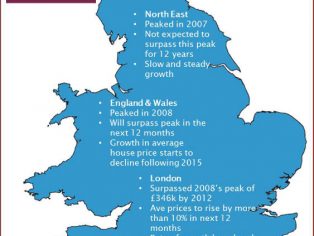