A crisis of supply

Further evidence of a crisis in the supply of affordable housing has been revealed in official data, as calls for reform of the ‘broken model’ grow with the Government’s focus on building shared ownership and unaffordable rentals in the firing line.

Latest figures from the Housing Ministry show that a total of 57,644 new affordable homes were delivered in England in the 12 months to April, but only one tenth (6,566 homes) of these were built for letting at social rents to low-income households.

Most of the affordable homes were built either for sale on shared ownership terms or for letting at ‘affordable rents’ or intermediate rents (typically set at 80 per cent of market rents), which most housing professionals say are well beyond the reach of households reliant on Universal Credit (UC), or other welfare payments.

The housing benefit element of UC is calculated to cover the cost of the lowest 10 per cent of rents in the private rental market. If tenants want to move into properties with higher rents they have to somehow make up the difference, either from ‘other elements’ of their UC payments, or from other income, such as loans from friends or family members.

The fall in the supply of social homes at the lowest rents is in stark contrast to the situation 25 years ago when between 50,000 and 60,000 new low rent homes were being built each year by councils and housing associations.

Worryingly, detailed figures released by the Ministry of Housing show that no new social rent homes were built last year in 162 English local authorities, with counties as diverse as Cheshire, Derbyshire, Norfolk, Kent and Surrey showing zero completions in most districts.

In the whole of the north east there were only 58 social rent completions across all 25 council areas, with North Tyneside and Redcar & Cleveland accounting for 60 per cent of the total, while Newcastle, Middlesbrough and Sunderland managed just nine new social rent homes between them. Given the poverty and poor conditions in many parts of the private rented sector, these figures offer little hope to the local populations.

Better news came in the size of the new build starts figure, which showed that 68,346 new affordable homes were started, an increase of almost 20 per cent on the completions figure, but even then this good news was tempered by the fact that shared ownership and affordable rental properties accounted for 70 per cent of the total, albeit this was down from 77 per cent in the previous year.

However, there are growing calls from the social housing sector and from campaigning groups and charities like Shelter and Crisis for a far greater share of the affordable housing budget to be diverted away from shared ownership and affordable rents, with the former being increasingly highlighted as a ‘broken’ model.

The focus on shared ownership

Anecdotally, people point to things like one and two bed shared ownership properties in the capital being marketed at values of between £500,000 and £600,000, while the shared ownership market has also been badly hit by the cladding scandal, with many shared owners being stuck in properties they cannot sell or re-mortgage, as their homes ‘attract’ zero valuations.

At the same time many of the shared owners are facing demands for contributions running into tens of thousands of pounds for cladding removal costs and paying for ‘waking watch’ patrols. The new building safety draft legislation has done little to resolve the problem or to satisfy shared owners who feel they have been badly let down by policy makers and developers, while their landlords claim they lack the funds to pay all of the removal costs.

There does not appear to be the prospect of an early change in direction from the Government, with a spokesperson for the MHCLG saying: “The number of new affordable homes built has increased for the fourth year in a row. We’re going to keep on delivering, increasing the supply of affordable housing. That’s why we are investing over £12bn in affordable housing over five years, the largest investment in a decade.”

Polly Neate, the chief executive of Shelter, commented: “A few thousand social homes is a drop in the ocean. It is unbelievable that in the middle of a nationwide housing emergency over half of the country saw no new social homes built at all.

“Every day our services pick up the phone to more and more people desperate for the security of a social home. With so many families facing homelessness already and the economic impact of the pandemic only just starting to be felt, more social housing is our only way out of this crisis.”

The official Government figures came out as homelessness charity Crisis warned that more than 200,000 households face the worst forms of homelessness this winter, including sleeping on the streets, in sheds and garages, in unstable accommodation such as bed and breakfast hotels or sofa-surfing with friends and families. Another concerning statistic is that 52 per cent of the new homes were delivered via Section 106 agreements with developers, and this source of new homes is due to dry up shortly if the Housing Secretary’s plans for planning reform come to fruition.

One ray of hope for low-income households is the growing trend among housing associations for them to convert the higher affordable rents charged on most newer homes to the lower social rents. However, the transfers come at a price, as the reduced income is being reflected in smaller development programmes with fewer new rental properties being built in total.

In addition, in 2019/20 one third of all local authority delivery of new affordable housing was done by London boroughs, representing a significant increase compared to around a quarter in the preceding four years. But these positive signs are being generated within an overall housing programme which is wholly insufficient to meet the pressing demands for new truly affordable housing, which can only be met by increased Government funding and allowing local authorities to spend Right to Buy receipts on building new houses for rent at below market rents. 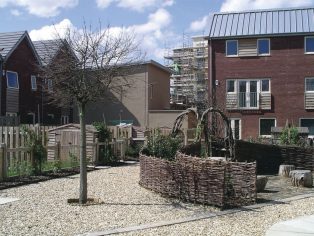