A schooling in planning strategy

The shortage of student accommodation is well known. Recently we have seen some students forced to stay in hotels, and would-be students incentivised to defer for a year because of a lack of accommodation. In September 2021, Durham, Exeter, Bristol and Leeds universities, among others, offered as much as £10,000 and a year’s free accommodation to students who agreed to postpone by a year.

Inconsistencies in the planning system are part of the reason for this under-supply. More specifically, an absence of forward planning to assess the emerging need for purpose-built student accommodation (PBSA) results in too few units being developed, and thus a reduction in overall supply.

This is further compounded by the disparity of approaches taken by local authorities. For example, Birmingham City Council, which has five higher education institutions, produces an annual supply and demand report in relation to student accommodation. This is based on current and future demand. The last paper, produced in December 2020, stated that potential future demand for student bedspaces could increase by between 5,439 and 6,439 over the next five years. Additionally, there is a shortfall across the city of 12,000-13,000 beds when shared houses (HMOs) are excluded, illustrating the role that HMOs continue to play in the student accommodation market.

Conversely, in Nottingham, home to nearly 71,000 students in 2019/20, the council recognises the scale of student numbers within its 2020 adopted Local Plan Part 2 (policy HO5), but it does not provide annual monitoring or projections of future demand. In Leicester, again a two-university city, the council’s current draft policy (HO08) is based on ‘at the time’ data and a general locational policy.

The approach taken in Nottingham and Leicester is a classic ‘Local Plan’ position: a policy is produced during the Local Plan process but is not updated until the next Local Plan is adopted. In effect this means a five-year gap before policies are replaced – by which time the requirements of HEIs are out of date. In a scenario in which student figures are rising year-on-year, this can cause considerable problems for HEIs – as was seen recently when universities resorted to effectively paying students to take a year out.

Another factor in this complex scenario is that the required number of units for PBSA tends to be more fluid than for traditional housebuilding because it prioritises sustainable sites close to educational institutions which are often not allocated for redevelopment in the Local Plan process. The lack of a clear requirement then often leads to a backlash from local communities, as local residents cannot understand the need for housing in such numbers. The negative perception of ‘studentification’ is often coupled with fears of anti-social behaviour, and ‘empty periods’ out of term time.

PBSA operators have been very assiduous in mitigating the ‘town versus gown’ antipathy that can exist in student cities – for example, in providing 24-hour management of their facilities and engaging with communities.

But strategic planning is at the heart of this issue. The situation could be improved considerably if local authorities set clear minimum numbers for PBSA as part of their annual monitoring report. Approached in a similar way to a ‘General Housing Supply Position’ document, this could assist significantly in providing a breakdown of PBSA delivery alongside future demand. Analysis on previously delivered PBSA numbers, projected/annual requirements and details of the wider student population residing in HMOs and at home, could then allow elected members to make decisions based on a clear and up to date information, generated by the council, rather than relying on emotive arguments made on a case-by-case basis.

If put in place across multiple local authorities, this approach would introduce more consistency, and as such, would be a significant improvement. 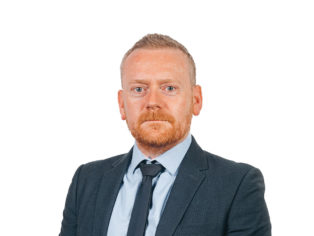