One of the biggest problems when pumping domestic sewage is the volume of household wipes that enter the sewage system. Current specifications for Sewers for Adoption realistically only cater for normal domestic sewage before wipes were introduced into everyday life.

New developments, where a sewage pumping station is required, are having to prove the stations compliance to specification and reliability before the local water company will adopt the pumping station.

Many builders and developers are facing difficulties maintaining reliability of the pumping station during the maintenance period leading up to adoption due to continual failure because of ragging up and blocking of the pump(s).

The failure is caused by vast volumes of wipes and fibrous material collecting and inundating the pump(s), with so much matter creating a blockage leading to pumping station failure.

Normally the failure is identified early enough by built in warning systems to prevent an environmental event, but this is not always the case, resulting in environmental consequences.

Many builders and developers have tried to educate residents that wipes and fibrous materials should not be disposed of via the sewage system with limited success.

A Bloor Homes development on a site in providing 500+ new homes had severe blocking problems with an adoptable pumping station with regular failure after commissioning, which became a weekly event.

T-T Pumps were asked to investigate and it was identified that surges of wipes arrived in such volume to cause the pumps to block. The installed pumping station design was fully compliant with the requirement for Sewers for Adoption, so to aid T-T recommended that a pair of their exclusive PTS Chopper pumps were introduced along with their revolutionary SEER telemetry monitoring system.

As the name suggests, the PTS range of pumps chop through the pumped medium via a very robust three-way cutting system.  Unlike a traditional macerator pump which breaks down waste into very small particles through a series of blades, a chopper unit contains hardened cast materials throughout the chopping section and breaks down the waste so that it is both passable through the pump and pipe work, yet equally of a handleable size therefore the risk of by-passing or blinding key screens and filters further into the sewer network is removed.

The T-T SEER monitoring system provides 24/7 observation and remote alarm facilities where both the customer and pump maintainer can monitor the pumping station in real time.

SEER uses cloud-based technology to continually communicate plant status to an internet-based portal that has multiple notification settings. This results in the selected recipients being instantaneously informed of any faults, errors or changes in pump or plant status. Not only does the monitoring system report live status and alarm activation but most importantly, observation of the whole system with historical data collection that allows potential issues to be identified early.

Data such as wet well level, pump current, voltage monitoring per phase, pump operation, fault conditions such as overload, overheat and seal leak are available and, when used with certain specifications of Sewers for Adoption / Design Construction Guidance control systems, allows remote reset of such faults.

With this client, we were able to determine a healthy wet well cycle using the historical data and then diagnose abnormal conditions such as prolonged run due to valves becoming lodged due to wipes and blockages.

This valuable data enabled us to present a picture of the issues to the client, but more importantly, then offer a viable solution.

Post installation of both the PTS chopper pump units and SEER telemetry, we were able to remove the issue of sporadic, problematic system breakdown plus demonstrate that the pumping station was operating correctly and without issue.

After more than 6 months of operating with the PTS Chopper pumps Bloor Homes reported the following via email on 2nd February 2021.

“I can confirm that the Chopper Pump has worked great since its installation and has resulted in no further site/ callout issues (which prior to installation was on a weekly/ monthly basis).”

“Further to this, all new quotation must include for the Seer Unit, as again this is deemed to be a very important and timesaving upgrade for all involved.”

Bloor Homes Western
Should you have a problematic site, a pumping station that is underperforming, we would be more than happy to discuss the issues and what products and service we have available to support you. 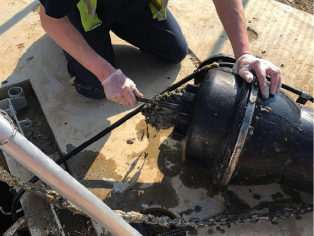 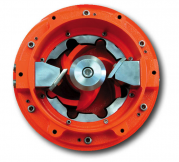