During the same period, pre-tax profit increased by 12 per cent to £49.7m. Aster operates a ‘not-for-dividend’ model, leveraging the £1.5bn of assets on its balance sheet and reinvesting profits to boost the scale of its development programme, upgrade existing stock and services and fund The Aster Foundation programme.

Aster’s results were boosted by its strategic focus on developing a range of tenure options and larger developments in response to the housing crisis. Sales from shared ownership – a key part of the group’s strategy – increased by £16m to £36.3m, with 357 homes of this tenure completed. The group’s commitment to shared ownership was underlined by the launch earlier this month of its second Another Way report, highlighting a lack of understanding among customers about the product.

Bjorn Howard, group CEO of Aster Group, said: “We have developed a focused strategy that prioritises building more homes across a range of tenures and on bigger developments as we play our role in tackling the UK’s housing crisis. This puts us in the best possible position to succeed as a business and was crucial to us enjoying a record financial year in 2017/18.

“We are proud to make profit as those funds are invested back into our business to deliver much-needed homes. It also enables us to fund The Aster Foundation, which is designed to have a positive impact on our customers’ lives.

“Looking ahead, we are confident of continuing this momentum and are committed to building more homes, creating a positive economic and social impact in the communities we serve. This means people have access to secure, high-quality affordable housing so they can lead independent lives. Increasing the number of shared ownership homes we build each year is a key part of this.”

During the past year Aster has boosted its development pipeline through joint ventures, investing in existing communities and extending its geographic footprint.

Its joint ventures with Galliford Try – delivered by its housebuilding arm, Linden Homes – are expected to deliver almost 900 homes over the next six years at Boorley Green in Hampshire and White Rock in Devon. Earlier this month, Aster announced it has formed another new joint venture with Galliford Try for the development of a 130-home scheme near Horsham in West Sussex. The group said it would continue to invest in these kinds of partnerships as part of its development programme.

Aster has also revealed through its land- and developer-led programme that it plans to build 400 new homes in Oxfordshire, 135 houses in Surrey and Sussex – its first forays into these counties – and 100 in Christchurch, Dorset.

Meanwhile, the business has continued to focus on enhancing its position as an employer of choice. This includes increasing diversity and its support of Vote 100, a campaign that marks the 100th anniversary of the first women in the UK being given the vote. Some 43 per cent of Aster’s executive board and half of its leadership team are women.

It is also using internal initiatives to help employees at all levels fully understand and contribute to group strategy. Earlier this year, the group held its first ‘This is Aster’ event, bringing together more than 1,000 employees from across the business.

Bjorn Howard added: “Our vision is that everyone has a home, which is at the heart of our social purpose as a business. Central to this is ensuring that our people are engaged and invested in making a difference to the lives of those in the communities we serve.

“We believe passionately that investing in diversity in all its forms is crucial to building a modern housing association that plays an active part in helping the UK meet its housebuilding targets.” 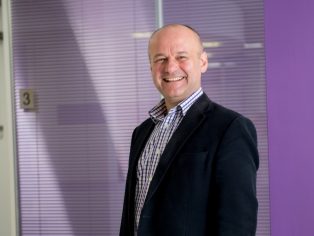