Housebuilder to build two new five-star developments in the area, creating 60 jobs and over £36m in GVA

Derelict brownfield land in Leith is set to be transformed into two new five-star housing developments thanks to Barratt Homes.

The UK’s largest husebuilder has started construction of 212 homes on Baltic Street and plans for a 115 home development on South Fort Street are well underway. Named Merchant Quay and Heron Bank respectively, the new developments are expected to generate nearly 60 new jobs and create positions for at least five apprentices.

The construction of Heron Bank and Merchant Quay will also serve to boost the local economy; an economic footprint calculation predicts the developments will add more than £30m in financial output over their build period. Both developments will also revitalise brownfield sites, with Merchant Quay previously housing a builders yard and Heron Bank home to a steel fabrication company. The regeneration these developments provide will only add to the already booming metropolitan progression of Leith.

Building in these areas will also provide a significant contribution of much needed Affordable Housing units; Merchant Quay will deliver 43 plots, a mix of one, two and three-bed apartments, in collaboration with Port of Leith Housing Association, and Heron Bank will provide 24 units, the mix of which will be determined throughout the planning process. Barratt Homes has established itself as one of the biggest contributors to Edinburgh’s Affordable Housing Policy, with over 1,000 units constructed to date.

Alison Condie, managing director for Barratt Homes East Scotland, said: “We have a long and proud association providing housing in the east of Scotland and Barratt is a popular and trusted source of five-star quality homes for buyers. We’re looking forward to expanding our offering in the region with these new developments on South Fort Street and Baltic Street, and helping to regenerate these locations.”

Work on both developments is now underway and it is expected that opportunities to move into one, two and three-bedroom apartments in Leith will be available in early 2022. 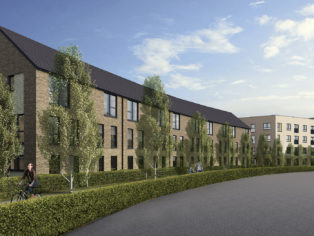