There are approximately 24 million households in England, and a surprisingly high number of us are dissatisfied with our existing accommodation and are looking to move.

In fact some 1.151 million households are currently sitting on local authority waiting lists across the country, hoping to be rehoused into a property more suitable to their circumstances in the very near future. Limited incomes means they cannot buy a solution to their problem.

The bad news for the vast majority of them is that they are likely to be waiting for a very long time before they get offered a chance to move, largely because of a national shortage of low-cost homes. So, they’d better be patient.

The numbers joining the housing waiting lists are rising fast. In fact they’re rising so fast that the combined forces of the state and the private sector are spectacularly failing to keep up with demand. And, of course, the Coronavirus pandemic has made matters worse.

One of the worst affected groups are those people waiting for what is glibly referred to as ‘affordable housing.’ Many of them will be waiting for over five years before receiving an offer, and the Local Government Association warned Ministers just before Christmas that they expect the number on council housing waiting lists to rise to 2.1 million households during 2022/23.

This is understood to be due to the impact of Covid-related support schemes winding down, rent arrears spiking, evictions returning to pre-pandemic levels and an increase in homelessness.

Sadly the outlook does not look good, as the latest delivery figures show only one new social rent home was built for every 192 households currently stuck on local authority waiting lists, according to data from the Department for Levelling Up, Housing and Communities.

Government statistics on affordable housing supply in England released before Christmas shows that between March 2020 and April 2021:

Part of the problem is that the generic term ‘affordable housing’ is now practically meaningless because it refers to so many different forms of housing, including shared ownership (which usually requires a higher than average income), as well as affordable rent and social rent.

There is a sizeable cash difference between the two figures, with local housing allowances (the amount of housing benefit available to support lowincome households) closer to social rent levels. Tenants on affordable rents have to make up any shortfall from the rest of their income – which would normally be paying for groceries, heating and clothing.

The upshot of all this is that more than 274,000 people are homeless in England right now, including 126,000 children. Detailed analysis by Shelter shows that one in every 206 people in England are currently without a home.

Of these, 2,700 people are sleeping rough on any given night, nearly 15,000 single people are in direct access hostels, and nearly 250,000 people are living in temporary accommodation – most of whom are families.

The housing charity Shelter has identified the areas across England where homelessness is most acute. Not surprisingly, London comes out worst, with one in 53 people now homeless in the capital.

Outside of London, Luton is the area with the highest rate of homelessness with one in 66 people homeless; followed by Brighton and Hove (one in 78), Manchester (one in 81) and Birmingham (at one person in 96 who is homeless.)

In addition, the Office for National Statistics has recently released figures showing that in 2020, an estimated 688 homeless people died in England and Wales, which equates to two people dying every day. An estimated 256 people died while homeless in Scotland in 2020, up 40 on the previous year.

In fact, the true picture could be even worse, as the ONS says that the Government’s ‘Everyone In’ scheme has made it more difficult to identify homeless people in mortality records.

English cities with the highest number of estimated homeless deaths were London (143), Liverpool (46), Greater Manchester (35), Birmingham (21), Bristol (20) and Leeds (18). In addition, there were seven times as many homeless male deaths as female ones. The average age at which homeless men died was 45.9 years and for women it was 41.6, which is three to four decades younger than the average age for non-homeless people dying.

Commenting on the figures, Polly Neate, chief executive of Shelter, said: “The fact that only 11% of ‘affordable homes’ built last year were genuinely affordable social homes is beyond belief – especially when thousands of renters are edging closer towards homelessness. Building a few thousand social homes a year given over a million households are stuck on social housing waiting lists, just doesn’t cut it.

“Every day our helpline picks up the phone to families desperate for the security of a social home. With soaring living costs and pandemic protections withdrawn, hard-up families are more worried than ever about how they’ll keep a roof over their heads, and food on the table.

“This is exactly the time for the Government to start putting its money into the right place, by building the only type of housing that’s actually affordable by design. Investing in sustainable social homes will give us the best odds of levelling up the country.”

Before Christmas, the Government announced it was making £316m available to local councils in 2022/23, as an increased pot for the Homeless Prevention Fund. This will pay for a whole range of preventative and support measures – all of which are very welcome and should make a significant change to the lives of those who are helped.

But alongside this help, the hope is that Michael Gove will do a number of things to greatly increase the number of new ‘social rent’ homes being built, particularly in those parts of the country experiencing high rates of homelessness.

If levelling up means anything, surely it means giving people better life chances and a leg up. Having a decent, safe and affordable home is a basic building block towards living a productive life, which is also essential to doing well at school, holding down a job, and being able to make a contribution to society, rather than being a drain on the state. So it’s over to you now Mr Gove, to see what impact you can make. 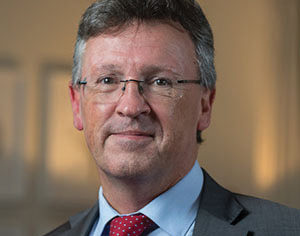