The construction and design show for London is back, and this time it is ‘bigger and better than ever.’ Focusing on a diverse array of current topics, London Build is jam packed with content, networking and entertainment.

This year, London Build will have an important focus on mental health, wellbeing, diversity and equality throughout the exhibition, as well as opportunities to get up to date with upcoming major construction projects and opportunities across Greater London and the UK.

What’s on?
London Build will run CPD accredited sessions across eight different ‘summits.’ These sessions will feature training workshops on everything from sustainability and BIM to Advanced Digital and Social Media Construction Marketing.

The programme of over 500 speakers includes the likes of Juliemma McLoughlin, chief planner – Development, Enterprise and Environment at Greater London Authority; Fergus Harradence, deputy director of the Department for Business, Energy and Industrial Strategy; Gillian Charlesworth, CEO of BRE; and David Speight, project delivery director for Heathrow Expansion, to name a few.

Over 350 exhibitors will be on show at the venue, and alongside this The Humans of Construction photography exhibition will be displaying 1,000 of the most influential and inspiring professionals working in the UK’s built environment, featuring individuals from a wide array of fascinating backgrounds in the industry, from CEOs to architects, pioneers to students and future leaders.

Networking
London Build is looking forward to welcoming over 25,000 registered contractors, architects, engineers, developers, councils and construction professionals over the two days, and is expecting a high level of attendance from the UK’s top 100 contractors and architects, offering a great opportunity for networking with peers and clients alike. The organisers say they want visitors to leave London Build “armed with a wide range of new connections and friends.”

Networking opportunities include the event’s first LinkedIn Networking Lounge – an initiative which enables attendees to network and make new contacts while simultaneously building their online network through LinkedIn using QR codes and a timetable of Speed Networking events.

‘An event like no other’
The organisers believe that “doing business should be fun,” and to this end the event features the Festival of Construction. Including comedy acts, entertainment, live music, celebrity guests, London Beer Festival, gin tastings and prize giveaways, the Festival promises to be the biggest of its kind in construction, offering the chance to rub shoulders with industry names and celebrity guests, while indulging in food, drinks and live entertainment.

Charity contests will also be taking place across London Build’s two days, including the event’s very own world record attempt! They’ll be striving to break the world record for the greatest number of Movember Moustaches at one event to raise funds for men’s health.

The show hopes to be an event like no other, built for those in the industry who want to have fun, be inspired, and meet with thousands of architects, developers, contractors, local councils, housing associations, and more!

Register for your free ticket today at www.londonbuildexpo.com 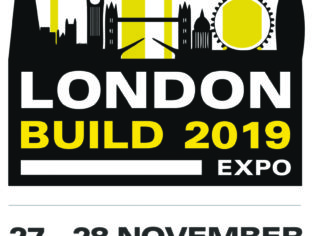