Can we trust the politicians to deliver on any housing promises?

With the party conference season now behind us, we are surely forgiven for wondering if the politicians will remember the promises made to us or will they hope we have an attack of collective amnesia ahead of next year’s general election?

All three parties – Conservative, Lib Dem and Labour, have promised that they will increase housebuilding and make the new homes more affordable to buy (but not necessarily to rent). They disagree on the methods to be used but they all appear to forget that there are far more important people (than them) and organisations involved in delivering new homes and none of these are as keen to meet the new building targets.

Developers, funders and local authorities all seem far more concerned about avoiding some or all of the following:

None of these key players can be forced into delivering more new homes and to be honest you have to ask if the right conditions exist for a major increase in housebuilding. There is much talk of a “correction” (or a fall) in prices due next year, interest rates (and mortgages) will inevitably start to increase soon and developers will continue to do what they always do – look to increase their margins (profits), rather than volume.

There is certainly a huge amount of pent up demand, but the economic recovery is still fragile, lenders are being forced to repair their loan books, while local authorities are finding they have not benefited from the new homes bonus in the way they were lead to believe.

Section 106 and red tape
Local authorities could (and should) be making far more use of Section 106 agreements and other planning obligations but they have been bullied into submission by Secretary of State Eric Pickles, who is constantly on the lookout for opportunities to cry foul over perceived cases of red tape or bureaucracy. Developers have also successfully argued for changes in S106 conditions, allowing them to reduce the number of social homes built for rent.

And of course we also had our new(ish) housing minister Brandon Lewis MP telling housing associations that they should be building new homes without any capital grant or subsidy, because he does not think they should be supported by the public purse. Perhaps he was forgetting about housing benefit and its huge growth as an increasing proportion of rent is paid in this way.

Many of the biggest developers of social housing have turned their backs on the most recent HCA building programme because they do not like the conditions imposed for relatively small grants (often as low as 10 per cent), and a number like Sovereign HA are rediscovering their social purpose and rejecting the notion of “affordable” rents at up to 80 per cent of private market rents.

Mr Pickles keeps reminding us that he will defend the Green Belt with everything at his disposal, while Mr Clegg wants to build a series of garden cities across the South East of England (but free of UKIP voters). Mr Pickles wants brownfield sites prioritised for development but fails to really put up the sort of incentives and benefits which will make developers listen to him.

Messrs Pickles and Lewis have reiterated their point by stating that housing need alone should not be used as a reason for developing in the “precious” green belt. Meanwhile Mr Milliband thinks he can develop ways of forcing through the building of over 200,000 new homes a year – but not surprisingly people want to know more before passing judgement.

The biggest difference between now and the middle of the last century, when we were regularly building well over 200,000 new homes a year, is that local authorities are only building a few thousand new homes. In the past they regularly delivered between 20 per cent and 40 per cent of all new homes. The financial freedoms and flexibilities, such as prudential borrowing, have failed to do the trick. None of the political parties have really indicated how they would change this situation. But it’s clear something needs to be done about this as private developers and housing associations alone will not build sufficient homes to satisfy our collective need.

Benefits policies split the parties
Where there is a distinct difference between the three main parties is in their approach to welfare benefits and the on-going reforms being produced by Work and Pensions Secretary Ian Duncan Smith.

While IDS wants to proceed with further restrictions and cuts, the other two parties are lining up against him to say they would reverse many of the reforms, including scrapping the hugely controversial bedroom tax (AKA the spare bedroom subsidy) and possibly Universal Credit as well. The Lib Dem conference has thrown their position into something of muddle, having previously been a clear-cut rejection, but I guess we will need to get used to that sort of confusion in coming months.

Ideas currently being floated by Conservative ministers include the taxing of disability benefits, freezing working age benefits including housing benefit for two years from April 2016 and removing the entitlement of young adults to any housing benefit altogether. Strangely this has coincided with news that since the Coalition came into office, the number of working people who are receiving housing benefit has doubled.

Even more strangely the news of future benefit cuts has not been matched by announcements to freeze rent levels, so tenants in the private and social housing sectors will be expected to suffer further cuts in their living standards. We wait to see if this could become a key battleground in the months ahead.

This data chimes with Real London Lives research, carried out by the G15 group of London’s largest housing associations, which found that 69 per cent of their tenants are working. Despite this, more than half a million households (585,000) across the UK are in working poverty.

Scratching beneath the surface, it’s clear that two major factors are contributing to in-work poverty: the high levels of part-time work and low levels of pay. Social housing tenants are the most likely to be in low-paid jobs. Almost half of social tenants earn low wages compared with just a fifth of the UK population. This leaves working social housing tenants with no choice but to claim benefits in an attempt to pull themselves out of poverty.

An increasing number of social landlords are supporting their tenants through financial inclusion programmes, as well as providing training and employment opportunities, but these are struggling to keep pace with the challenges brought about by benefit cuts, low pay and unstable jobs.

This information compares starkly to the results of the latest Inside Housing survey of HA chief executives’ pay. It revealed that housing bosses are now paid an average of £173,321, benefitting from an average above-inflation rise of 3.85 per cent.

Silent regulator
The HCA’s regulatory muscle remains very much in its holster, largely undrawn and silent – even in the face of some very disgruntled tenants reporting their landlords to the regulator and to the Ombudsman. With the possible exception of gas boiler services, where failure to act really can prove to be fatal, the HCA has demonstrated a surprising lack of interest in customer complaints.

The co-regulatory model puts far too much emphasis on tenants to hold their landlords to account, while denying them access to such important tools as comparative KPIs and benchmarking material. The sector’s regulator used to collect and publish this information, but no more and with no sign of the situation being reversed.

Grainia Long, the Chartered Institute’s chief executive, recently announced she will be standing down next year to return to Ireland and saying she will use the intervening period to ensure politicians focus on housing issues in the general election campaign.

But it’s likely that a bigger challenge will be set by NHF Chief Executive David Orr. Speaking at their annual conference, Orr said politicians had “forgotten” that housing policy is central to economic and social wellbeing and now regarded housing as a “private good, not a public service”. He called on politicians to produce a detailed, long term plan to address the housing crisis. “Unless we take concerted, strategic, planned action now, when the new baby boomers grow up they will have nowhere to live.” 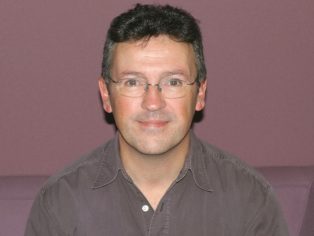