Before newly-independent housing association Salix Homes got involved, other contenders had been put off by the scale of demolition needed at a major estate renovation in Salford. Terry McBride of Salix explains to Jack Wooler how they achieved vital community buy-in in their first new build.

The Poets Estate in Swinton, Salford, was in desperate need of regeneration – historic mining in the area had led to severe structural defects and subsidence in many properties, and only demolition and redevelopment would provide a long-term solution.

The investment needed was substantial however – £22m – and with public money scarce, the estate, made up of 1930s semis and terraces, remained untouched for decades.

Salix Homes – the award-winning Salford housing association providing social and affordable homes and housing services – became an independent association in 2015. It was only when the successful stock transfer took place for this that the funds for this project were unlocked.

According to Terry McBride, development manager at Salix Homes (who’s overseeing all its new build developments and delivering on the organisation’s growth ambition), because of all these factors, the project was a “particularly challenging regeneration.” It required both the demolition of 146 sub-standard properties, and building 160 new homes in their place.

“This was Salix Homes’ first new-build project,” he says, “but what made it so unique was that it was not just our regeneration project – it belonged to the community, and we wanted them to shape and deliver their own vision.”

He believes that the latter was no small part in the project’s success: “The community is the heart of this estate, with many spending their whole lives here. We had to preserve that wonderful sense of community spirit.”

Fully occupied earlier this year, the 160-home development comprises 120 social housing properties, plus a further 40 homes for outright sale, which were made available through Help to Buy.

The scheme is made up of two, three and four-bed homes, with 75% being affordable – as compared with the national 10% requirement; helping to achieve Salix’s aspirations to provide more affordable housing in Salford.

Across the site, the housing typology varies from 2B4P to 4B6P houses. Although the internal square meterage may vary, the properties’ general appearance share the same qualities, creating a cohesive aesthetic.

Living accommodation and access to the private gardens is provided to the ground floor with bedrooms and family bathroom located on the first and second floor, in the town-house style homes. Each property has been provided with off-street parking to the front, creating a “cleaner street scene.”

The architectural language chosen borrows the proportions, detail and materiality employed around the wider, established estate, but expressed in a more “modern and modest” way, commented the project team.

Of the new homes’ popularity, Terry says “demand has been high.” He adds: “We had over 100 people on the waiting list for the new-build sales units, and when we released the first homes for sale off-plan, they were reserved almost immediately, showing the scale of the need for such developments.”

The scheme began onsite almost five years ago, but Salix has been developing proposals with the community for many years before that.

“Our first step was to launch The Poets Steering Group, made up of residents, councillors and representatives from Salford Council and Salix Homes, to root the proposals in the community right from the start, and enable them to lead the consultation,” explains Terry.

The scheme was then developed with a fabric first approach to achieve and exceed Building Regulations where possible, and improve energy efficiency through various measures. These
included high levels of insulation and accredited airtightness details to reduce heat loss, glass specification exceeding Building Regulations thermal requirements, and appliances with high energy efficiency ratings.

For the exterior of the project, the landscaping has been carefully designed by award-winning landscape firm TEP to complement and integrate with the existing ecosystems. Their proposals response to the setting being within an urban area, but adjacent to a large park.

“The aspiration behind the proposals was to provide a landscape that delivers a strong sense of place, increased biodiversity, and a safe and secure environment, but which was also a desirable and healthy place to live,”
says Terry.

Salix Homes worked closely with The Poets Steering Group to complete proposals for the estate back in 2016. The group quickly voted in favour of redeveloping the estate – including the major demolitions. Then Salford City Council – which was also involved in the consultation and proposals for the development – granted planning permission, and construction began the following year – 2017. The very last residents moved in during February 2022.

The construction was phased in order to minimise disruption for residents. First Salix worked with partner contractors Vistry Partnerships, which delivered the first two phases of the development using traditional masonry construction. Construction company The Casey Group delivered phases 3 and 4, which have timber frames.

Terry comments: “Regeneration projects involving demolition can lead to community tensions, but we’ve ensured residents have been involved from start to finish; with tenants affected by demolition proposals temporarily rehoused close-by and given priority for moving back into the new properties.”

As such, he believes that early engagement with residents is key, along with ongoing communications. “We’ve held resident meetings, drop-ins, utilised social media and produced regular community newsletters to keep everyone updated as the scheme progressed.”

“With such strong community ties and attachments to the area, it was crucial we had a truly inclusive scheme developed in conjunction with residents, and we’ve prioritised keeping neighbours together – those who wanted to be – in the new homes.”

According to Terry, the completed project has successfully reversed the decline of the once ailing estate, and delivered new housing to help tackle the housing crisis, and the feedback from the residents, particularly those affected by demolition, “has been fantastic.”

“One of the first residents to move in was our tenant Gail Howell,” he explains. “She moved to the estate with her parents over 50 years ago, when she was six years old. For her, it was paramount that she could stay living among her old neighbours.”

Gail commented: “We were so glad to be given the chance to move back – this street will always be home for me. Ours was such an old house and the damp was creeping in, but now we’ve got a brand-new house on the street we’ve always lived.”

He then tells us about Gail’s neighbour Christine (who was also living next door before the project), who commented: “I’m still living by my best friend, who I’ve known for over 35 years. We’re a close-knit community, we all look out for each other – it’s very important to us that the neighbours could stay together.”

Terry sums up: “At the heart of the estate has always been its community, with many having lived their whole lives here, so we’re incredibly proud we’ve been able to deliver desperately-needed affordable and social housing while retaining those community ties and friendships.”

Terry believes that much of the success of this project comes through the housing association’s passion and commitment to helping tackle the housing crisis and increase housing choice.

“At a time when social and affordable housing is in such short supply, we’re very proud this development has not only provided a long-term solution to the estate, but also increased housing choice in the area, bringing new, modern homes to both people on the social housing register and aspiring homeowners,” he says.

“This area has always been known for its real strength of community, so it’s fantastic to see residents, both new and old, settled in their new homes.”

He has a genuine belief that Poets is “a shining example” of partnership in action, and a real testament to the collaboration between the HA, Salford Council, contractors, local councillors and, “most importantly, the community,” in delivering this project.

“The development has not been without its challenges, particularly as this was Salix Homes’ first new build project, and involved a huge operation to temporarily relocate residents while still preserving community,” he continues. “We’ve also had to navigate through the pandemic and subsequent material and labour shortages.”

He concludes: “It’s been a learning curve, but thanks to careful management, Poets is one of our biggest success stories. We’ve preserved and enriched that sense of community that Salford is so famous for.” 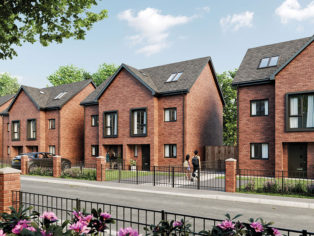 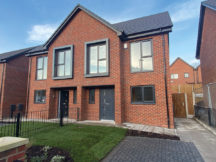 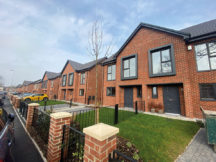 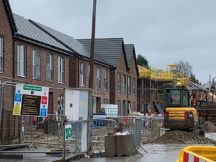 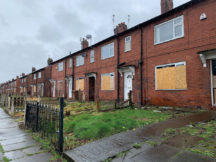 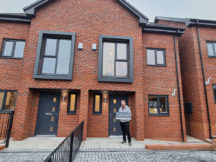