The pressures imposed by tight pursestrings have been very evident in recent Government announcements affecting housing services provided by social landlords up and down the country.

In mid-August we finally got to see the content of the social housing Green Paper, released on the same day as consultation on suggested changes to the Right to Buy scheme. These came hard on the heels of a new strategy aimed at ending rough sleeping. The measures went down fairly well in town halls with the exception of the lack of new money. Is this the Brexit effect taking its toll on Government policies?

It was painful listening to the Housing Secretary James Brokenshire trying to explain to the radio listeners at home that while he was making £100m available to deliver the new rough sleeping strategy, none of the money was new. It was all coming from savings or underspends elsewhere in his department.

This of course is not a new tactic. The £400m promised to help councils (and possibly housing associations) to pay for the removal of dangerous cladding on high-rise tower blocks was taken from the budget for building new affordable housing. Perhaps some of those new homes intended for rough sleepers will get built after all, but who knows.

At a time when the country is crying out for new housing which people on low incomes can afford to live in, it is a shame that Ministers are engaged in the Whitehall equivalent of ‘feeling down the back of the sofa for loose change’.

While preventing homelessness from happening in the first place is taking prior- ity in the Government’s plan to tackle rough sleeping, it is also allocating money to provide homes and support for up to 6,000 vulnerable people at risk of ending up on the streets. However, this needs joining up with welfare reform and remov- ing the worst effects of benefit cuts.

Last year we built fewer than 5,400 new homes to be let at low rents and managed by social landlords. The experts say we need at least 90,000 new low rent homes to be built every year for the foreseeable future, if we are to build our way out of the current crisis.

Two decades ago over a third of house- holds lived in council housing, today it is just one in 10. As a result, more and more individuals and families are finding themselves living in private rental properties that are usually more expensive and less secure.

In the last six years, more than 60,000 council homes have been sold under the Right to Buy, at prices which are, on average, half of their open market value, leaving councils with only enough funds to build or buy just 14,000 new homes to replace them.

The social housing Green Paper was meant to put low cost housing centre stage and deliver a sea change in public attitudes – both towards council housing and the people who live in it.

Instead the Government talks about speeding up the complaints process for tenants and establishing league tables for housing associations. This idea has been discussed previously and quietly dropped because people realised its flaws — housing is not a sport, it is not easy to switch landlords and how do you fairly judge different levels of service and performance outcomes in different circum- stances and with different levels of resources?

The Government has reaffirmed its commitment to a target of building 300,000 homes a year but it has not committed a single extra penny to new social homes
for rent. Not surprisingly this has been met with degrees of both scepticism and disappointment.

Responding on behalf of the Local Government Association, the leader of Leeds City Council Councillor Judith Blake, said: “This Green Paper is a step towards delivering more social homes but it is only a small step, compared with the huge and immediate need for more genuinely affordable homes.

“There is a desperate need to reverse the decline in council housing. The loss of social housing means we are spending more and more on housing benefit to supplement expensive rents instead of investing in genuinely affordable homes. It has also come alongside an increase in homelessness, with 79,000 families, and almost 125,000 children, stuck in temporary accommodation.”

She urged the Government to allow councils the freedoms and powers to invest in new and existing housing. “The Government must go beyond the limited measures announced so far, scrap the housing borrowing cap, and enable all councils, across the country, to borrow to build once more. This would trigger the renaissance in council house-building which will help people to access genuinely affordable housing.”

One area that brought loud cheers from stock-owning councils is the Government’s willingness to consider reforms to the Right to Buy scheme. This could see Whitehall dropping its plans to force councils to sell off their most valuable houses.

But councils want the changes to go further, allowing them to set their own discounts locally and to keep 100 per cent of the receipts from homes sold, which they can reinvest in new homes along with the proceeds from expanded borrowing powers. If he agrees to these changes, Mr Brokenshire might be able to redeem his reputation with the social housing sector. 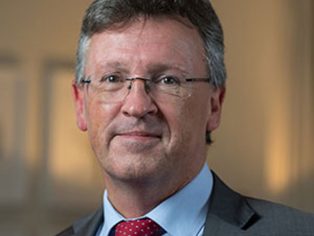