Future Homes Standard: The end is nigh for fossil fuel heating of homes

New homes constructed from this year onwards will be expected to produce 31 per cent lower carbon emissions in preparation for the 2025 Future Homes Standard, the Government has announced, responding to the completion of its initial consultation.

New homes will be required to have “low carbon heating” and to be “zero carbon ready” by 2025, said the Ministry for Housing.

As a result of the decision to go with ‘option two,’ new homes will be expected to produce 75-80 per cent lower carbon emissions compared to current levels.

As part of meeting this demanding target, MHCLG’s consultation response confirmed plans to move forward with proposals to ban fossil fuel heating systems, such as gas boilers, in new build homes from 2025, with heat pumps intended to become the primary heating technology for new housing.

Standards for existing homes are also set to tighten, with a “significant improvement” expected on the standard for extensions and replacements, repairs and parts, including the replacement of windows and building services such as heat pumps, cooling systems, or fixed lighting.

There will reportedly be “stringent” transitional arrangements to provide all developers with certainty about the standards they are building to. These are planned to last for a year, and apply to individual homes, rather than an entire development.

Nigel Banks, director of specialist projects at ilke Homes, said the announcement was “welcome news,” but “the timetable for implementation is too slow, meaning over a million new homes built between now and 2026 will need to be retrofit in the 2030s.”

Banks asserted that, through its own modular building practices, his firm had demonstrated that homes can be delivered to zero-carbon standards now, “on sites across the UK and for public and private sector clients.”

According to the Housing Minister, Robert Jenrick, the Government believes that “improving the energy performance of buildings is vital to achieving net-zero emissions by 2050 and protecting the environment for future generations to come.”

The Government stated that overall total emissions from homes have been reduced by about a fifth since 1990 despite approximately a quarter more homes having been constructed.

The consultation continues and will be open for responses until 13 April. 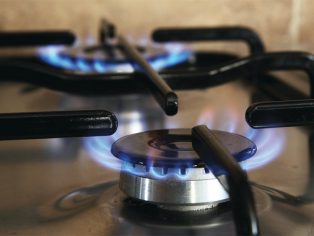