A report by the National Audit Office (NAO) on the ill-fated Green Homes Grant Voucher Scheme, has found that a rushed delivery and implementation significantly reduced the benefits that might have been achieved. The report examined the performance, implementation, procurement and management of the scheme, assessing that the Department for Business, Energy and Industrial Strategy (BEIS) along with HM Treasury, needed to heed lessons from the failure of the scheme (and previous schemes) in regard to the UK’s domestic decarbonisation programme.

The Green Homes Grant Voucher Scheme ran from September 2020 to March 2021, offering homeowners and residential landlords vouchers worth up to £5,000, or £10,000 for those on low incomes, to pay for fitting measures to cut carbon in homes. The voucher could be used for at least one ‘primary measure’, such as insulation, or the installation of low carbon heating such as heat pumps, some types of solar thermal and biomass boilers; as well as ‘secondary measures’ including the installation of windows, doors, draught proofing and heating controls.

The scheme launched just twelve weeks after it was announced, with the aim of helping 600,000 homes to cut carbon and save up to £600 in bills. The scheme was also expected to support 82,500 jobs over the six-month period it was active, helping to boost the pandemic riddled economy.

The NAO found that in reality the £1.5 billion scheme has helped 47,500 homes and supported only 5,600 jobs over 12 months. Additionally, it will cost the taxpayer £314 million once all work is fully completed. £50.5 million was spent on programme management and administration – more than £1,000 per home upgraded.

While there was a high level of interest in the Green Homes Grant, many homeowners and installers had a poor experience of using the Scheme. More than 3,000 complained about delays issuing and paying vouchers, and difficulties finding certified installers.

The report found that,

“The Department did not sufficiently understand the challenges facing installers before the Scheme was announced, failing to learn from previous schemes. One of the lessons from previous energy schemes was that schemes should be designed following a robust evaluation of stakeholders’ views. The Scheme was announced in July 2020 as part of a wider government plan for supporting jobs. The Department only consulted with installers after the government had announced the Scheme. Installers subsequently reported frustrations about the complexity of the Scheme and the requirement for participating traders to meet both the registration requirements and also certification for associated quality standards, which were designed to help reduce the risk of fraud and attracting rogue traders. The costs of certification and the short duration of the Scheme when it was announced, expected to be six months, deterred some installers from participating.”

“The National Audit Office report makes for an interesting, but not surprising read. Despite the government’s best intentions, this scheme was flawed from the start. The focus on business probity, rather than technical competence and the lack of engagement with our industry impacted greatly on the scheme. The biggest losers once again are the public who are increasingly losing confidence in low carbon and the net zero agenda. The need to upskill the industry was identified some time ago and to help to address this the CIPHE, manufacturers and industry organisations have developed a Low Temperature Heating and Hot Water design qualification. The qualification which has been recognised by the Electrification of Heat Task Group will go some way in increasing the competence and confidence of our industry. Hopefully, there will be maximum engagement from all stakeholders and officials to support this important initiative.” 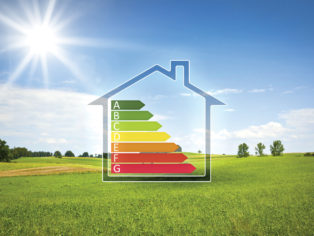