The Hackitt review, which looked into the potential causes of construction failures at Grenfell Tower, has called for a “radical rethink” of the regulatory system, proposing the establishment of a new overseeing body for building safety.

The final report of the Independent Review of Building Regulations and Fire Safety by engineer Dame Judith Hackitt has now been published, entitled ‘Building A Safer Future.’ It steers away from advocating a ban on combustible cladding materials, instead focusing on perceived failures of competence and accountability in the construction industry.

Dame Hackitt commented that she would support the Government if it were to impose an outright ban on combustible cladding, however the report does not propose such a ban. Following the report’s release, Housing and Communities Secretary James Brokenshire has commented that the ‘desktop studies’ which have been used to support the use of combustible cladding could be banned by the Government if a consultation currently underway doubts their safety.

He said: “The inappropriate use of desktop studies is unacceptable and I will not hesitate to ban them if the consultation, which closes on the 25th of May, does not demonstrate they can be used safely.”

Addressing the issue on BBC Radio 4, Hackitt explained that the report is “about more than simply issuing a ban on certain materials.”

Hackitt told the BBC: “Cladding is one issue; there are many other features and many other shortcuts out there that could result in other disasters in the future, which need to address as part of this. It needs a whole-system change.”

In the report, Hackitt identifies the current system of Building Regulations and fire safety as unfit for purpose, with “ambiguous” regulations providing room for loopholes in the system. The new framework prosed would aim to strengthen the current system, while introducing a new Joint Competent Authority (JCA) comprising of Local Authority Building Standards, fire and rescue authorities and the Health and Safety Executive.

The review proposes that the new authority will oversee safety in the specification of buildings, and there will be more rigorous enforcement of standards. Hackitt’s proposal that the changes to the industry will be “industry-led” has been criticised in some quarters. However she countered this by saying: “The new regulatory body will be much tougher and will hold them to account”.

Brian Berry, chief executive of the Federation of Master Builders (FMB), said the review provides a blueprint to ensure competence in construction. He said the report is “the culmination of a long and thorough review into the weaknesses of the current approach to competency and compliance in the sector, weaknesses which can serve to undermine safety. It is a suitably serious response to the Grenfell Tower tragedy.” 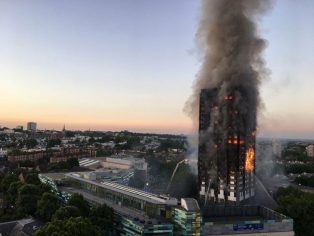