Has the church found a solution to the housing shortage?

Patrick Mooney, housing consultant and news editor of Housing, Management & Maintenance discusses the recent moves by the Church of England to unlock its land for housing developments.

In a dramatic change of policy, the Church of England has signposted its intention to allocate swathes of its land for the development of good quality, social and affordable housing and set an example for other landowners to follow.

The move could directly result in tens of thousands of new homes being built across England. However, its biggest impact could be in providing a blueprint for other public and private bodies to follow. The church has clearly decided it wants to be part of the solution, rather than part of the problem. Hallelujah!

The Church of England currently owns about 200,000 acres of land, of which about 6,000 acres are considered suitable for housebuilding. In many respects it has treated these holdings as a land bank, just like many other commercial developers or investment managers, to maximise its income.

It releases small parcels of land for development from time to time but under arcane charity law and rules, or interpretations of those rules, it will invariably only sell these plots to the highest bidder – which rules out those wishing to build low-cost housing. Now after a two-year investigation, it has decided it radically needs to change tack.

Clearly it also wants to provide much stronger moral leadership on how we solve the country’s housing crisis.

In it’s report ‘Coming Home’, published after a two-year study, the church says it can set an example for the rest of the country to follow. In the short-term this includes looking to dispose of land “suitable for the delivery of 28,500 new homes across England, of which we anticipate around 8,600 will be affordable.” If other large landowners follow the church’s example, those numbers could grow exponentially.

The 10-person commission reflected on the current housing crisis, which has seen a huge growth in the private rental sector, a massive increase in the number living in unsuitable housing and house prices spiralling out of the reach of ordinary people. At the same time it has also witnessed a painfully slow response to the Grenfell Tower fire and an unfolding cladding crisis.

Instead of short-term initiatives by successive Governments, the report says “it is time for a bold, coherent, long-term housing strategy focused on those in greatest need.”

The commission’s vice-chair Graham Tomlin, Bishop of Kensington said: “The answer is not just building more homes, which end up in the private rental sector, but truly affordable homes. The definition of affordability must be linked to people’s incomes rather than discounting the market rate.”

On the subject of Grenfell and cladding, Tomlin said: “This is a major injustice which needs dealing with urgently.” The church is now calling for a deadline of 2022 for all dangerous cladding to be removed and replaced.

There are many institutions and organisations across the country with vacant plots of land in their ownership – these range from water and transport companies, to health trusts, educational institutions and local authorities, as well as private trusts and corporations. The plots vary in size from small to very large, but most landowners are driven by the same principle of maximising their income from the sales.

The church wants to change this deep-seated approach. “There is a perception that you have to maximise the amount you get, that assets have to be sold to the highest bidder,” said Charlie Arbuthnot, the commission’s chair.

“That is not great for the church’s reputation. I’m sure for the most part absolutely want to do the right thing but believe they can’t.” Therefore the legal framework for selling church assets is to be amended, so church land and buildings can be used for social and environmental purposes, as well as for economic benefit. Other landowners could adopt similar principles.

To drive the new approach forward and ensure it is implemented, a new “Bishop for Housing” has been appointed. Guli Francis-Dehqani is currently Bishop of Loughborough and is shortly to begin work as the Bishop of Chelmsford. She will support dioceses in “using their land well,” the commission report said.

The report says about 8 million people in England live in overcrowded, unaffordable or unsuitable homes. “That is not right. Whole sections of our society, including people of all ages, are affected by the housing crisis, but those caught in poverty bear the brunt of this injustice.”

In criticising the church’s own track record in recent years, the commissioners said that fewer than a quarter of the 3,820 new homes that the church had secured planning permission for since 2015 were affordable. It cited the example of a proposal to convert a former C of E school in Arkengarthdale in the Yorkshire Dales into affordable housing that was blocked last year when the diocese of Leeds and the local parish said they were legally obliged to accept the highest offer for the property.

The report argues that homes should follow five core principles, by being sustainable, safe, stable, sociable and satisfying. It says that housing needs were “too important to be dictated by short term, narrow, party political objectives.”

It also called on the Government to provide greater protection for private sector tenants through longer-term security of tenure and placing a duty of care on all landlords.

Polly Neate, chief executive of the housing charity Shelter, said: “It is brilliant to see the Church of England showing leadership and taking action to tackle our growing housing emergency. Looking at how church land can be best used to fight homelessness is extremely welcome.”

Justin Welby, the Archbishop of Canterbury, welcomed the challenge to the church, which he said was “uniquely placed…to work to build not just more houses but truly affordable houses and stronger communities.”

Often the church is seen as being too remote from the lives of ordinary people, or guilty of rank hypocrisy in telling politicians how to act but then behaving differently in terms of its own investments.

If it delivers on the ambitious goals and targets set out in the ‘Coming Home’ report, the church could make itself hugely relevant to many thousands of people and help to crack the decades old conundrum of how we solve England’s housing crisis. Now that really would be an impressive outcome, and an example of extraordinary leadership. 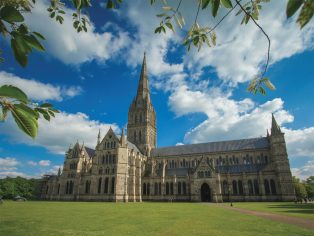 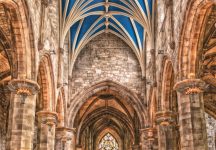 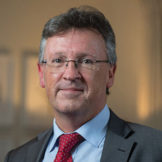