HOUSEHOLDERS HAVE THE WILL TO IMPLEMENT SIGNIFICANT ‘GREEN’ HOME IMPROVEMENTS, GOVERNMENTS MUST NOW FIND A WAY TO MAKE IT HAPPEN

With the government promising to bring UK greenhouse gas emissions to net zero by 2050, an onus will be on the construction industry to deliver the energy efficient homes to ensure the ambitious plan is achieved. However, Paul Simpson, Commercial Director at PIR specialists Recticel Insulation asks, should there be more of a focus on social responsibility to help secure the built environment’s sustainable future?

It should be becoming of all of us to do our bit in the global effort to tackle climate change. But what incentive is there for individual households to be as mindful of their global footprint as say owners of large businesses who are offered ‘green’ tax breaks and loans to operate in a more environmentally-friendly way?

A recent United Nations poll found that more than two-thirds of people surveyed supported climate action to tackle the ‘global emergency’. However, I fear the pull to put our personal house in order so to speak, isn’t there. With the pandemic causing worldwide financial uncertainty as well as a health crisis, the idea of spending several thousand pounds on external wall insulation would be galling for many of us, particularly when such a move would be unlikely to reap any fiscal reward for many years.

If taking significant steps to reduce domestic emissions makes little financial sense to large swathes of the population, then perhaps a more emotive approach might be considered. The campaign to put a tariff on single-use plastic carrier bags in shops in order to discourage their use has been a huge success since its implementation in 2015. Last year, the government announced that sales of such items had reduced by 95% in the UK’s main supermarkets, leading to proposals for a similar ban on single-use plastic plates, cutlery and polystyrene cups.

Harrowing pictures carried throughout the media of marine life suffering as a result of our oceans becoming an unofficial plastic dumping ground appears to have had an indelible effect on the public consciousness, hence so many of us have brought into the carrier bag tax. A similar tug at the heartstrings could work in encouraging a greater take up of renewable energy solutions amongst households – but achieving it would be another matter. A digitally-created animation demonstrating the average home’s heat escape is unlikely to have the same emotional pull as a marine creature swimming amid a sea of plastics, therefore we need to grab people’s attention with the actual messaging. It must be driven home that taking better care of our energy resources is key to offsetting climatic catastrophe in years to come. Our planet will always be here – it outlived the dinosaurs; it will outlive us – but our place within it will largely depend on the actions we take hereafter.

In terms of significant initiatives, the government, in harness with the construction industry, can enact to ensure properties are equipped for our net-zero future, the immediate implementation of policies that prevent issues further down the line is an absolute must. It means instead of using funding to upgrade properties to make them more energy efficient – as was the case for the government’s now defunct Green Homes Grant – let’s give it to housebuilders to enable them to construct zero-carbon homes. The cost of such measures would be included in the house price, offsetting the current scenario in which homeowners are left with a hefty bill following a eco-friendly retrofit. Insulating the walls, floors and roof is a lot more time and cost-efficient whilst a property is being built than when it’s already established. Retrofitting can be an enormous and sometimes risky task, which can involve lifting entire floors at a cost to the property owner that won’t be recouped for years.

With the building of zero-carbon properties embedded, it would be an idea to incentivise local authorities to increase the amount of insulation installed in its housing stock. This would take the form of external wall insulation and involve an en masse, rather than piecemeal retrofit operation. Although a zero-carbon solution, such a move would not be cost-neutral. The long-term payback for landlords would be lesser fuel bills, with their properties being better equipped to deal with the hotter summers and colder winters which threaten to blight our future if the climate’s change continues unchallenged.

In an ideal world, we would all have the means to implement the changes needed to address our home’s thermal inefficiencies; I believe the will for such enablement amongst the public is very strong. A way must now be found to introduce green initiatives that won’t leave homeowners in the red. 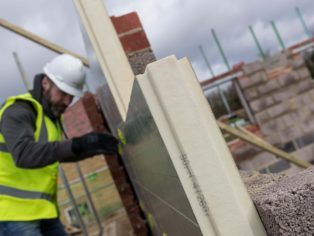 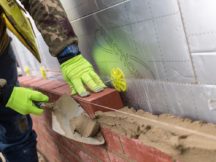