The Localism Act has now been on the Statue Book for ten years. Heralded as the necessary impetus for a new era of community empowerment, Localism sought to provide a catalyst by which decision-making powers would be handed to local councils, communities and individuals. The benefits were to be the strengthening of local economies, the rebalancing of economic growth and locally-led solutions through partnership and collaboration.

As we approach its 10th birthday, has Localism been the catalyst for change that we thought it would be?

Aside from some local communities bringing forward neighbourhood plans, on the face of it, the evidence does not suggest that very much empowerment has been achieved. In 2017, Locality established the Commission on the Future of Localism. This found, eight years on from the much vaunted launch of Localism, that community spirit, rather than being empowered by Localism, had in fact declined. Asked about the specific vehicles of Localism, 79% of UK residents said that they were unaware of the Community Rights that the Act had introduced. So this suggests very clearly that people didn’t see evidence of Localism on the ground.

But digging a little deeper, we can see the increased role of communities and people, especially around regeneration.

As an advisor to the Government’s High Streets Task Force and a London-based planning consultant, I have followed with interest the impact of devolved powers on the capital’s diverse neighbourhoods. And more recently it has been fascinating to observe in some communities the return to a more local lifestyle brought about by the pandemic – specifically the increased sense of a ‘15-minute neighbourhood’.

In planning, the term ‘regeneration’ is all too often used as a synonym for physical redevelopment. Yet if we were to look to the word’s etymology, we’d find that it concerns new life, not new buildings: real regeneration is brought about by people, rather than physical structures. On this basis, people have as much a part to play in the transformation of their communities as do property investors.

So is it solely local people and residents who can solve the problem, with a limited role for businesses or use of planning policy to support change? Or is it a combination of the two?

There is no doubt in my mind that the best results are achieved when the impetus comes from the community and they are allowed to engage effectively with the property industry and the planning process, especially around the drive for 15-minute neighbourhoods. I know of many diverse examples of communities which have been actively involved in developing bespoke strategies and specific initiatives that mean something for them.

Councils and businesses have an important role to play, but residents as local consumers, especially in mixed use schemes in which they are also consumers, will ultimately bring about success. Community-led regeneration is about understanding local needs and responding accordingly. And while the structures of Localism may not stand the test of time, the essence of Localism is alive and well in communities up and down the country.

Nick Taylor is a Planning Partner at Carter Jonas in London and an expert advisor to the High Streets Task Force. 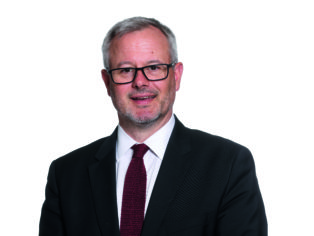