Redrow has promoted Mark Parker to the position of Regional Chief Executive for Greater London.

Mark initially joined Redrow in 2015 to establish Redrow’s presence in North London and the delivery of a 2,900 home, mixed tenure masterplan at its Colindale Gardens development. In 2018 Mark was appointed Divisional Managing Director for East London. Prior to this, he held the role as a Managing Director at another London-based housebuilder for more than a decade.

As well as providing new leadership, Redrow has restructured its Greater London region, as the business seeks to further grow its operation in outer London boroughs. The new structure will better support Redrow’s focus on attracting development partners and delivering quality homes in London for Londoners.

The Greater London region is actively delivering 750 to 1,000 new homes annually while their forward pipeline includes proposals for over 7,000 homes. This includes the creation of a £1 billion new community, Colindale Gardens, in North West London comprising 2,900 units, alongside retail space and a new primary school. Alton Green in South West London is another key site for the region, which once complete will bring to market 1,100 affordable and private new homes as well as a range of community facilities and commercial space, all sitting within the wider Alton Estate regeneration project.

Earlier this year, the division acquired 1.2 acres of underused land in New Malden from Tesco, paving the way for 447 new homes in south-west London and achieved planning for its joint venture sites in Croydon with Menta and Alperton with Peabody, while in September, Redrow was given the green light on a 420-home scheme in Brentford, Hounslow, as part of a joint venture with Catalyst Housing.

Five of the current and upcoming Greater London outlets sit within London Opportunity Areas which have been identified by Sadiq Khan, the Mayor of London, reflecting the Redrow team’s focus on delivering a better way to live for of all tenures, in key regeneration areas of the Capital.

Matthew Pratt, Chief Operating Officer at Redrow, comments: “We are pleased to announce the promotion of Mark to Regional Chief Executive for Greater London and to be bringing our East and West operations under his leadership. These changes will allow us to serve key stakeholders and partners more comprehensively and better supports the growth of the partnership aspect of our business as well. With his wealth of experience in the sector, Mark is well equipped to meet the challenge of managing and strengthening our London operations.”

“This is the beginning of an exciting phase for Redrow in London as we continue our hard work in creating sustainable communities that provide Londoners with well-located homes across the Capital. I look forward to working with my Redrow colleagues and our partners to bring thousands of new homes to the city.” 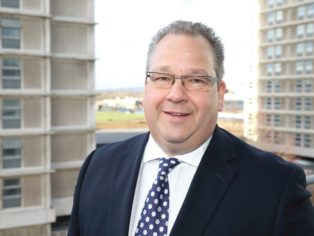