The Environment Act and its impact on housebuilders and developers

The new Environment Act creates a statutory requirement for all new development to achieve a minimum of 10% biodiversity net gain (BNG). So what does this mean for housebuilders and developers?

Essentially the development industry will have a greater role in supporting, protecting and enhancing the natural environment. Whether:

Research from the Office for National Statistics in 2019 found that urban green spaces increase nearby property prices: houses and flats within 100 metres of public green spaces are on average £2,500 more expensive than if they were more than 500 metres away – an average premium of 1.1%. Similarly the Land Trust has undertaken research which highlights that the Trust’s management of green spaces around homes creates an uplift in house prices estimated to be in the region of £394 million.

Furthermore at a time when, according to the RSPB, 94% of us feel a moral obligation to halt biodiversity loss, developers are increasingly aware of the reputational value of mitigating environmental damage. BNG provides developers with an opportunity to show that the natural environment can be enhanced because of new development – not despite it. And it provides the opportunity for this to be demonstrated literally on the doorsteps of new homes.

However, a reduction in net developable acreage will impact on the viability of some schemes. And where biodiversity net gain provided offsite, developers will need to budget for additional costs, both for land purchase and management.

So land prices are likely to be impacted. Perhaps the greatest impact will be on land which is not necessarily suitable for development, but which exists in areas popular for development and has the potential to be used as a donor site.

We hope that measures are put in place to ensure that greenfield schemes with low land values aren’t disproportionately affected. And that developers are given the option of purchasing BNG credits on Green Belt surrounding cities, which could create a popular natural amenity while also protecting the Green Belt.

In the context of a rapidly changing market and with so much detail still to be established (the latest consultation on Biodiversity Net Gain Regulations and Implementation was published on 11 January and concludes on 5 April), fully understanding the impact of BNG is not easy to determine. But this is a considerable change which is already being taken very seriously by the development industry, as is evident from the considerable demand for our services which assess development proposals under these new conditions.  Whilst there remains much uncertainty, what is certain is that in order to fight climate change, it will take a proactive and joint up approach from all in the property industry, and this must happen quickly.  With this in mind, it is vital that developers take the initiative and assess the implication of development on biodiversity at the outset.

Kieron is an Associate Partner in Carter Jonas’ London office and a chartered town planner with over 10 years’ private sector experience. He works a range of clients from individuals and small developers to large institutional landowners. Kieron is adept at managing large multi-disciplinary project teams and this forms a common element of his day-to-day work. 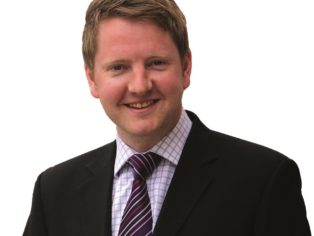