The road to net zero is now set, and pressure is mounting on the construction sector to deliver. For housebuilders, choosing to use sustainable materials such as timber should be an easy decision; Andrew Carpenter of the Structural Timber Association (STA) explains why.

In 2019, the Government joined a number of other nations in its pledge to combat the threat of climate change and achieve ‘net zero’ emissions status by 2050. Since then, progress has been made towards this goal – although there is still much to be done. In order for the UK to succeed, all sectors and industries must commit to reducing their carbon output in line with the climate agenda.

While this responsibility is shared across all sectors, the construction industry contributes as much as 40% of carbon emissions globally and is therefore under particular scrutiny to reduce its environmental impact. In a bid to combat the damage caused by the sector, last year the Government launched its Build Back Greener strategy document, which outlined its clear intentions to increase the use of sustainable materials within new developments, including housing.

The pressure to reduce the environmental impact of new developments is yet another issue that faces housebuilders. Local authorities throughout the UK are attempting to rapidly increase their housing stock to meet the rising demand for new homes. Delivering such a large number of homes while meeting environmental targets is posing a difficult task for local authorities and housebuilders alike.

The UK’s housing crisis is nothing new though; in 2015 the Government set out an aim to build 300,000 homes a year to combat the problems. However, this target has not been met, and recent estimates suggest that 345,000 new homes are now required to be built each year to overcome the backlog. Furthermore, the UK’s housing issue has been worsened by the increasing need for affordable homes. In the 2017 UK Housing Review Briefing Paper, the issue of affordability was described as “neglected” for both private and social housing. Today, it is critical that a solution is identified and applied to produce affordable homes at pace while also meeting environmental targets. Structural timber systems could provide housebuilders with the answer.

Singled out within the Build Back Greener document, due to its exceptional sustainable credentials and its position as the only truly renewable building resource, timber is held to possess far more environmental advantages than other materials, such as steel and concrete. This is chiefly due to carbon sequestration. As a tree grows, it absorbs and stores carbon, which equates to 0.9 tonnes of carbon per square metre of timber. This means that throughout its lifecycle, timber has a carbon negative impact on the environment.

The Climate Change Committee (CCC) found that if 270,000 new houses were built each year using timber frame, it would increase the carbon sequestered in UK homes to 3 million tonnes. Currently, the use of structural timber in new homes results in the sequestration of a little over 1 million tonnes of carbon per year. It is clear that increasing the use of structural timber systems within new housing developments would help the UK on its road to achieving net zero.

In addition to helping housebuilders meet their environmental targets, opting to use structural timber systems within new developments can help to alleviate other pressures. On average, using timber frame systems can reduce build time by eight weeks, when compared to traditional masonry methods.

This is largely because timber frame is manufactured offsite, and delivered as prefabricated panels that can be erected quickly.

Understanding both the environmental and structural benefits that timber presents, the question is why are more housebuilders not taking advantage of it now? Ultimately, the answer to this relates to culture. In Scotland for example, 92% of new build homes use timber frame systems, due to a long-established and very successful heritage using this method. Whereas in England, which relies heavily on masonry-based techniques, only 9% of new build homes use timber frame.

Hence, for timber to become used more widely, the first hurdle will be overcoming the culture within housebuilding that focuses on ‘traditional methods’ as well as the hesitancy around alternative methods. A big part of this will be educating and raising awareness about the sustainable benefits of timber, its structural capabilities, and demonstrating that it is a perfectly safe building material.

To support this, the STA continues to invest heavily in third party research to provide factual data and evidence regarding the use of timber as a structural building resource. In addition to this, STA Assure, the STA’s quality standards accreditation scheme developed to recognise excellence within the structural timber sector, ensures that certified members meet or even exceed current legislation and regulatory requirements.

While traditional building methods are aiming to be carbon neutral by 2050, timber offers the opportunity to achieve net zero now. Housebuilders that are looking to contribute towards net zero – as well as combatting the housing crisis – should look no further than the environmental and structural benefits offered by timber.

Andrew Carpenter is the chief executive at the Structural Timber Association 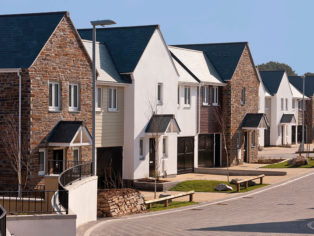