Time to take the brownfield

Praised in the verse of Hopkins and the pastoral scenes of Turner, the UK’s rural landscapes have long been a source of national pride. However, as the population increases and developers seek a solution for the housing crisis, some of the country’s greatest assets are at risk. At the same time, communities are witnessing the gradual erosion of the high street as shopping habits change in line with technology and the growing popularity of big box retailers.

Fortunately, we have a wealth of robust, existing structures (and infrastructure) available to us, ripe for development.

One way in which we can kick-start local assets, while also conserving our green spaces, is to incorporate more housing within partially utilised department stores, surplus office space and other buildings. Adding working environments, integrated shopping experiences and other facilities to this would support an influx of residents.

Greenfield spaces are often more attractive to developers, but they are not always the most sustainable or appropriate option. Designers need to be looking at existing areas more consistently and creatively.

Vision for the future

In the short term, replacing the old with the new seems the safe option for developers, investors and other stakeholders. Along with potentially being unsuited to the local area, new buildings will inevitably result in additional embodied carbon (compared to the demolished structures) and environmental disruption.

Up front, demolishing a building may appear more financially prudent and cost effective, but some degree of foresight needs to be given to the long-term impact on its surroundings. Unexpected negative and, at worse, irreversible consequences are often accompanied by high costs.

Examples of this occur in town centres where considerable environmental disruption occurs from the demolition and removal of buildings that may be eminently suitable for refurbishment, followed by further disruption caused by the construction of something nor dissimilar.

This can be avoided by fully integrating anything built on brownfield sites into the local area. Of course, nobody is saying that this should override the economic need to construct something bigger; all that is being said is that we need to think critically before we act.

Early in the build phase, we need to be weighing up the running costs of old buildings and their already embedded carbon against the additional carbon and lower running costs of newer facilities.

Despite moving up the construction agenda in recent years, sustainability continues take a back seat. Generally, it is more sustainable to regenerate rather than demolish and replace good building stock.

At the same time, the industry needs to be more committed ‘designing out’ non-sustainable materials and, where possible, making use of second-hand construction products. Too often, perfectly good second-hand materials are scrapped rather than optimising their end of life potential through reuse and recycling. In a similar vein new materials should be specified with a view to eventual dismantling and re-use.

Where possible, existing structures should be retrofitted to improve energy efficiency, without having to knock everything down and start from scratch. Furthermore, installing good, non-combustible insulation can significantly reduce a homeowner/occupier’s energy bills.

Contamination is a common and understandable concern when it comes to brownfield sites. The current wisdom is to leave sites as they are and to manage contaminated materials as opposed to removing them. Very few places in the UK and Ireland now accept and process this type of waste.

There are a number of solutions at our disposal, including covering contaminated areas with a suitable thickness of inert material and giving thought to the type of building which is placed on the site. Where this isn’t possible, there are cleaning techniques available.

Overall, we need to adopt a more holistic approach, taking the whole lifespan of a building into consideration, as well as its impact on the local community. More joined-up thinking is required. For example, are local authorities acting in the community’s best interest by allowing the development of (say) a housing estate as opposed to promoting the redevelopment of existing building stock?

Government has a role to play here as well, ensuring that we have appropriately funded local authorities who aren’t solely focused on balancing the books.

Making best use of the structures and materials available to us helps build stronger communities within existing ones, offering an economic and socially responsible solution to the current problem, rather than establishing new ones. 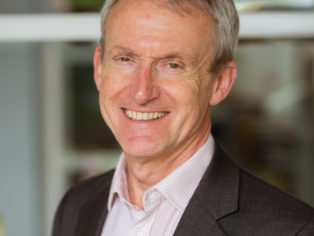